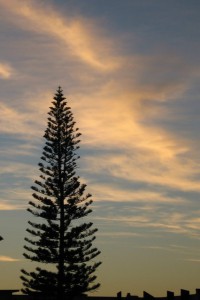 “Live each season as it passes; breathe the air, drink the drink, taste the fruit, and resign yourself to the influences of each. ” Henry David Thoreau

This was quickie snap while running up the railway platform to my commuter train. Every once & while it is nice to take the time to look up and enjoy our surroundings rather than just rushing past the beauty of the early morning sky when even the sun is still weary eyed.
Thanks to all the Sky Watch Friday participants by posting photos of their own patch of sky, I am remembering to appreciate it more often.
Sharing a peak at the first draft of this year’s Christmas cards. Suppose it is a little too early in the season for some but if everyone wants specially h 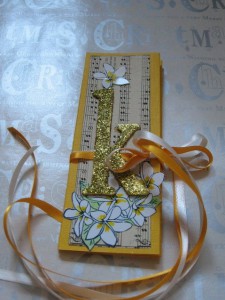 and made cards, the schedule needs to start early.

Here in the tropics where Christmas is in summer red & green are a hard combination to work with and poor little blue and crystal snowflakes do not last long in the heat.

Instead I experiment every year with different color combinations and themes that reflect the spirit of the season with a little summer twist. 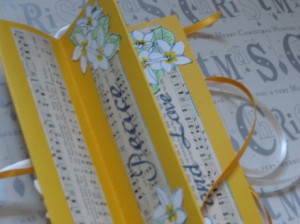 Apparently Santa & I am not the only ones who work on Christmas out of season. Found another Mandi at Whispering Dreams who has a special Christmas blog.

During what has been hectic week in the office, found it rather fun to put the earplugs on and listen to her music play list of Christmas songs.

Christmas music always makes us feel good but there is one on her list that I had not heard in a very long time of Bing Crosby & David Bowie “Little Drummer Boy” and “Peace on Earth” from a Christmas special in the late 1970s. Think that might be my new favourite.

It might be a little out of season, but what is your favourite Christmas song?